IDENTIFYING THE EXPERTS IN THE REGION FOR SEE RED LIST 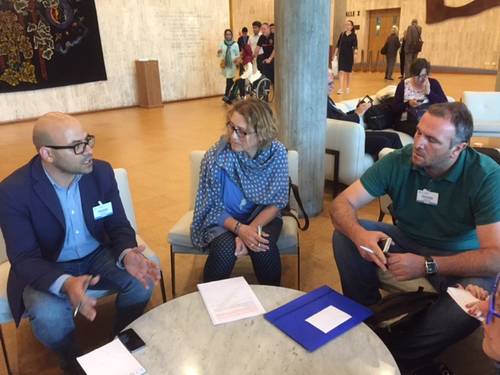 Johnny Maroun, ICOM Red List staff member sent the requests to the RA MEMBERS regarding the continuation of the project and the following documents:

A guidelines document that should allow the identification the profile of experts to contact . This document will also allow the experts to understand what are the Red Lists and what is required of them.

A preliminary Excel sheet of objects that is established based on a research of objects that could be at risk and that are possibly available in the art market. The objects used in this sheet are from different sources, such as law enforcement databases, museums websites and auction houses websites. Its only purpose is to illustrate the objects that are potentially at risk. The next step is to select the categories that actually are at risk and the categories that should also be added, based on the following criteria:

b) The object should be protected by national laws

c) The object should be in demand on the art market

ICOM is finalizing the list of national and international experts of SEE cultural heritage, so please feel free to suggest names of experts we should include in our list.

THE RED LIST OF CULUTRAL OBJECTS AT RISK (SEE)

Since 2000, ICOM has been publishing the so-called Red Lists of Cultural Objects at Risk. Red Lists, which are published in different languages and are freely available in digital format, do not represent actually stolen objects, but cultural objects which are inventoried within the collections of recognised institutions (museums, galleries etc.) and serve to illustrate the categories of objects most vulnerable to illicit traffic.

In 2020, ICOM began preparations for a new list, namely the Red List of Cultural Objects at Risk for the area of South-Eastern Europe. The list includes the following countries: Albania, Bosnia and Herzegovina, Bulgaria, Croatia, Northern Macedonia, Montenegro, Romania, Serbia and Slovenia.

A working group was previously appointed in each of the participating countries. In the first phase of the project, it was necessary to select the categories that are actually at risk and the categories that should be added, based on the following criteria:

Working groups from each country sent their proposals for categories and sub-categories. The Slovenian working group prepared its proposal based on ICOM’s basic preliminary Excel sheet of categories, sources on crime related to cultural heritage / artworks (e.g. list of stolen artworks, Crime and Artwork leaflet etc.) and Rules on the Registry of Types of Heritage and Protection Guidelines (Official Gazette of RS, No. 102/10).

In the second phase, working groups were asked to prepare and submit a selection of objects to be included in the list. Each working group approached the work somewhat differently. The national working group invited museums and galleries to participate in this phase. The proposition of objects with descriptions and photos was sent to ICOM at the end of the phase.

In the third phase, the working groups were asked to draft texts on international and national legislation and bilateral agreements on the protection of cultural heritage. A working meeting was also planned to take place in Paris, but has been postponed several times due to the coronavirus situation.

The result of the project will be an eight-page brochure which will include the following: