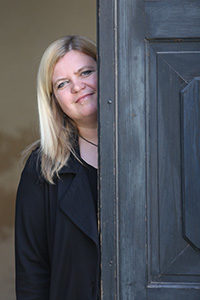 Alenka Černelič Krošelj (1972) studied at the Faculty of Arts, University of Ljubljana. After graduating in art history, ethnology and cultural anthropology, she worked in different institutions and was involved in several project financed through EU funds.

She worked in primary and secondary schools, in a Research Centre, as a senior adviser for culture and youth politics at the Municipality of Krško, where she started and managed two complex projects: Renovation of the Valvasor Complex in Krško and Renovation of the Rajhenburg Castle. She was also the first curator at the new Town Museum of Krško, Gallery Krško and the Rajhenburg Castle, units of the Krško Cultural Centre. Since 2014, she has been the manager of the Posavje Museum Brežice.

She is involved in various strategic and development groups and boards, organisations and societies that are involved in the development of our society through and with cultural heritage. 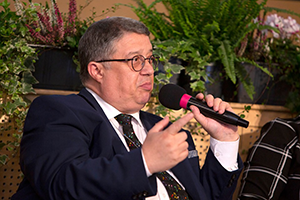 I was born (in 1959) and I grew up in Bucharest. I have graduated the University of Bucharest and I have a Ph. D. in History. I was working, all my life, for culture, in cultural institutions, in central cultural administration and in the Legislative (for the Committee on Culture of the House of Deputies). I was working and I am active in different cultural ngos. Currently, I am the manager of the National Museum of the Romanian Peasant and editor-in-chief of the Romanian journal of museums. Occasionally, I am teaching at the University and at the National Institute for Cultural Research and Training. 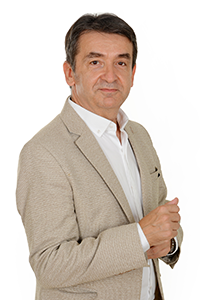 Slavko SPASIĆ, MSc, is a Biologist, Master Engineer of Organizational Sciences, Senior Curator and Former Director of the Belgrade Natural History Museum (2008-2017). He has been the Chair of the National Committee of ICOM Serbia for two mandates (2013-2019).  He has been engaged in the work of many museums and cultural institutions – being a member of the Steering Board at the Nikola Tesla Museum, and the Steering Board Museum of Theatrical Arts of Serbia, Belgrade; ICOM Strategic Plan Committee (2014-2016), INTERCOM, NATHIST, National Advisory Committee to monitor the implementation of The Hague Convention for the Protection of Cultural Property in the Event of Armed Conflict.

As the Chair of ICOM Serbia National Committee, he has been working toward carving out a more distinct position of the National Committee, increasing the number of institutional members, strengthening the cooperation with Regional Committees and organizing joint actions, continuing education of museum professionals and actively participating in public discussions and analyses of legal regulations in culture and conventions related to the protection of cultural heritage. He has been supportive to ICOM SEE programs, including STORAGE RE-ORG project in cooperation with ICCROM.

Goranka Horjan is CEO of the Ethnographic Museum in Zagreb with a huge experience in EU projects focusing on renovation and refurbishment of museums. Between 2000 – 2014 as the general director of the Museums of Hrvatsko Zagorje she led several museum investments including the building of the (new Krapina Neanderthals Museum, renovation of the Veliki Tabor Castle and complete refurbishment of the Studio Antun Augustinčić Gallery. In 2015 she started the renovation of the Ethnographic Museum in Zagreb.

She has been an active ICOM member since 1997 and was the member of the Executive Council from 2010 to 2016. She has been active in the regional alliance of ICOM SEE since 2006 and chaired the alliance for three year. At the moment she is the Chair of INTERCOM, elected during the General Conference of ICOM in Kyoto in 2019. Suay Aksoy, President of ICOM, appointed her the Chair od LEAC (Legal Affairs Standing Committee) in 2020.. She has been active in Europa Nostra and Best in Heritage as the member of the Advisory Board.  From 2016 – 2019 she was the Chair of Europa Nostra Heritage Award Jury in the category Education, Training and Awareness-Raising. From 2012 to 2017 she was the Chair of the European Museum Forum Board of Trustees that operates the most prestigious museum award scheme in Europe including European Museum of the Year Award and Council of Europe Museum Prize.